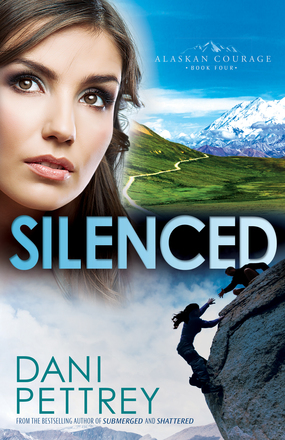 Jake Knew Something Was Wrong.
But He Never Guessed How Wrong.


A relaxing day of rock climbing takes a disturbing turn when Kayden McKenna's route brings her face-to-face with a dead climber. Is it a terrible accident or something darker? When the case is handed to overburdened sheriff Landon Grainger, he turns to Jake Westin for help. With Jake's past now revealed, he's ready to use his talent for investigation again--but he could never prepare for where the mystery will take him.

Kayden's climbing expertise soon leads her and Jake to the realization that the death was no accident. And worse, it seems the killer is onto them. When strange things begin happening in Yancey, Jake is terrified that once again his world may put someone he loves in danger. But the truth is far worse than he could ever imagine.


Praise for the Alaskan Courage series

"Readers who enjoy Lynette Eason, Irene Hannon, and DiAnn Mills will add this to their to-read list." Library Journal about Stranded

"I have not been this enthralled since the O'Malley series by Dee Henderson! Pettrey does such an excellent job of developing the character of each and every family member..." Christian Manifesto

Pettrey provides that perfect blend of romance and suspense, that keeps me completely absorbed and turning pages until the last word . . . . Riveting plots, spellbinding settings, and fascinating characters makes this series a favorite in my book.

Pettrey keeps the stakes high for her characters and her readers, who, by now, know and love the whole McKenna clan will be pushing for romance to bloom as suspense mounts.