Shadow of the Storm 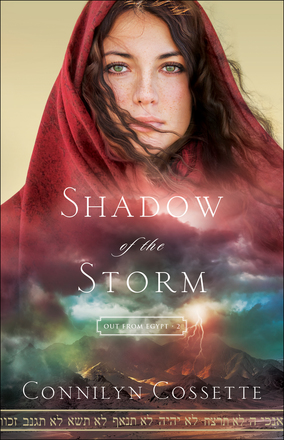 In the darkness of the storm's shadow, only truth can light her way.

Having escaped Egypt with the other Hebrews during the Exodus, Shira is now living in freedom at the foot of Mount Sinai. When the people rebel by worshipping a golden idol, the ensuing chaos gives Shira an unexpected opportunity to assist a midwife. When the experience awakens a new desire in her, she defies her mother's wish for her to continue in the family weaving trade and pursues her heart's calling as an apprentice midwife.

But when a delivery goes horribly wrong, Shira finds herself in an impossible situation and bound to a man who betrayed her. As contention between the Hebrew tribes and the foreigners fans the flames of another dangerous rebellion, Shira comes face to face with the long-hidden pain of her past. Can she let go of all that has defined her to embrace who she truly is and believe in a hopeful future?

"The second installment in Cossette's Out From Egypt series deals with heavy subject matter in a way that is thoughtful and engaging for readers. . . .This book examines forgiveness (of oneself and others), love and grace through the lens of hope, which leaves readers loving the characters and ready for the next in the series."