Sacred Tradition in the New Testament

Tracing Old Testament Themes in the Gospels and Epistles 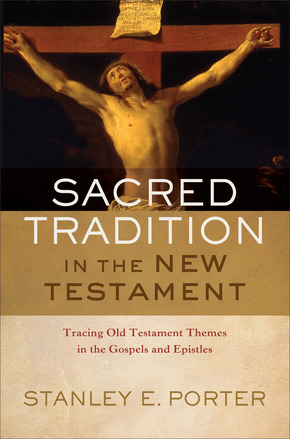 Leading biblical scholar Stanley Porter critiques the state of research regarding the New Testament's use of the Old Testament and sacred traditions. He provides needed orientation for readers interested in New Testament references to themes such as "son of man" and "suffering servant" as well as the faith of Abraham and the Passover. Porter explains that examining scriptural traditions is fundamental to understanding central ideas in the New Testament regarding Jesus. He sheds light on major themes in New Testament Christology and soteriology, offering fresh, constructive proposals.

"This collection of essays engages a perennial issue within the field of New Testament studies: the relationship of the earliest Christian literature to the heritage of its sacred traditions. In critical dialogue with recent scholarship, Porter clarifies the tricky methodological issues of how the New Testament cites, alludes to, and echoes scriptural texts. His insightful but provocative findings about the use of certain traditional texts and images by early Christians and by Jesus himself will no doubt stimulate further significant scholarly debate."

"Porter leads us into a fresh and stimulating understanding of the New Testament's appropriation of the sacred traditions of Israel's Scriptures. This is more than just another book on the New Testament's use of the Old. Porter's decision to focus on the titles of Jesus and broad themes makes the book practically a miniature New Testament theology, with the great virtue of helping us perceive the rich unity of the Bible. This is a book that deserves, and will reward, a thoughtful reading."

"Stanley Porter's Sacred Tradition in the New Testament brings much-needed nuance and definition to a very important phenomenon in New Testament literature, especially with reference to the popular but often ill-defined term intertextuality. Porter not only clarifies the relevant vocabulary and methods, but he also discusses several important texts and themes that relate to Jesus, his self-understanding, and the Christology that comes to expression in the New Testament. Anyone interested in the topic will want to engage this carefully researched and well-written book."

"Ranging more widely than traditional treatments of the Old Testament in the New, Porter's study illustrates the broad role such traditions played in shaping the way Jesus was understood by New Testament authors and in shaping Jesus's own self-understanding. This is a significant contribution on much-debated issues."

"There is increasing interest within biblical scholarship in the interrelationship of the New and Old Testaments. . . . [Porter] focuses on this vital interrelationship in this fine study. . . . This is a persuasive and constructive study."

"Porter's positive assessment of the subjects he reviews, and his clear writing offer a valuable picture of the Status quaestionis."

"The origin of this book in papers given to lay audiences helps to explain its accessibility to readers of all levels. The very wide range of secondary sources adduced will please the more scholarly reader."