by: Scot McKnight, B. J. Oropeza 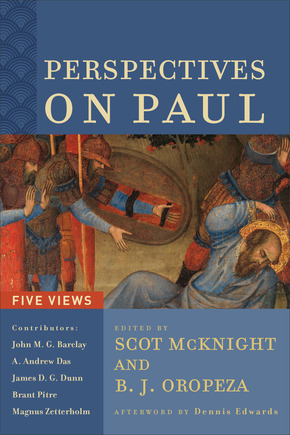 This five-views work brings together an all-star lineup of Pauline scholars to offer a constructive, interdenominational, up-to-date conversation on key issues of Pauline theology.

Scot McKnight and B. J. Oropeza begin with an informative recent history of biblical interpretation related to the perspectives on Paul. Leading proponents of each view then set forth their positions and respond to each of the other views. They discuss how to interpret Paul's writings and theology, especially the apostle's view of salvation. The book concludes with an assessment of the perspectives from a pastoral point of view by Dennis Edwards.

"Three Protestant Pauls, a Catholic Paul, and a Jewish Paul all walk into one volume--and collegial colloquy ensues. The scholars assembled here communicate the key issues, arguments, and interpretations that currently shape our highly charged moment in Pauline studies. Perspectives on Paul makes and marks an energetic contribution to important developing conversations."

"To have a summary of scholarship on Pauline theology is good. To have the experts speak for themselves is better. But to have back-and-forth conversation among experts, such as we find in Perspectives on Paul, is a gift. If you find yourself confused about or behind on the study of Paul, look no further. I found the thoughtful engagement in this book very insightful."

"For many readers, Paul is perplexing--there is the New Perspective, the Old Perspective, and a variety of other perspectives. McKnight and Oropeza have provided a much needed and highly accessible summary of the way E. P. Sanders's Paul and Palestinian Judaism has impacted Pauline scholarship in the last forty years. This volume, with five different approaches to reading Paul, offers a one-stop shop for those desiring to understand the dominant perspectives in conversation with other prominent and influential voices."