Panentheism--The Other God of the Philosophers

From Plato to the Present 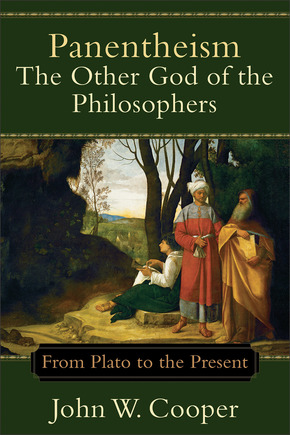 The God of classical theism is often referred to as "the God of the philosophers." Today, however, the contemporary theological landscape has shifted in the direction of "the other god of the philosophers": panentheism. This intricate and complex worldview literally means that "all is in God."

While panentheism is not a new theological system, it has experienced a renaissance, especially among thinkers who study the intersection of science and religion. Philosopher and theologian John Cooper's Panentheism—The Other God of the Philosophers is the first text of its kind written in English. The author traces the origin and development of panentheism from Plotinus to Alfred North Whitehead and beyond. Furthermore, he discusses how panentheism has influenced liberation, feminist, and ecological theologies. The concluding chapter offers a judicious analysis of panentheism, as Cooper explains his commitment to a modified classical theism over panentheism. The book will be required reading for upper-level college courses as well as advanced seminary and graduate students.

"Panentheism is a major movement in theology today. Students, pastors, and teachers will find this book by John Cooper to be a fine historical overview of panentheism. While no one will assent to all of its interpretations, the overall work is both broad and illuminating. The author includes theologians and philosophers who are influenced by panentheism and/or develop some of its themes. The critical chapter at the end of the book should not be overlooked."--Alan G. Padgett, professor of systematic theology, Luther Seminary, and coauthor of Christianity and Western Thought

"This is a groundbreaking attempt to demonstrate the philosophical background of much modern Christian theology, to identify its 'natural religion.' Written with the utmost clarity and with quiet passion, it greatly helps to sharpen the differences between classical Christian theism and other views. Though dissenting from panentheism and from the theologies it fosters, John Cooper nevertheless writes with courtesy and good sense, letting the record speak for itself. The book is a model of lucidity and fairmindedness."--Paul Helm, Regent College

"Here, finally, is a major evangelical response to panentheism, perhaps the most significant movement in twentieth-century theology. John Cooper brings impressive scholarship, masterful summaries, and measured judgments to his topic. One need not agree with his overall evaluation to find this volume an indispensable resource for Christian intellectuals today."--Philip Clayton, Ingraham Professor of Theology, Claremont School of Theology

"An increasing number of Christian philosophers and theologians are expressing a renewed interest in panentheism, and Cooper's book provides an accessible overview of several key historical developments in this 'other' philosophical approach to the God-world relation. Even those who disagree with Cooper's interpretation of particular figures, or with his generally negative assessment of panentheism, will surely appreciate the humility and civility with which he approaches a conversation that is too often characterized by harsh rhetoric rather than careful attention to the nuances of various positions."--LeRon Shults, professor of theology, Agder University, Norway

"[An] intriguing book. . . . Cooper certainly fulfils his commitment to offer an instructive, fair, and accurate presentation of views with which he may not agree, but to which his own faith and understanding clearly owe a great deal. . . . The overall impression is of a writer gifted with encyclopaedic knowledge of Christian philosophers and theologians, and an ability to present their ideas in an accessible way. The intended readers are 'seminary students, clergy, and anyone interested in theology'; and these should have little difficulty following his argument and benefiting from his exposition. . . . This claims to be the first study of its kind in English, and it is a notable achievement."--John Saxbee, Church Times

"Cooper argues . . . against recent panentheistic claims. In order to support his claim, he provides a single historical survey of panentheism, proffers critical insights at key junctures, and offers a short rebuttal in favor of classical theism at the end. The reward: Cooper shows that classical theism is not the only God of the philosophers as some claim; rather, panentheism is also indebted to a particular philosophy. . . . This is a seminal introductory work that demonstrates the historical prominence of panentheism. His detailed history from Plato to the present in a single volume laced with primary sources also shows the pervasiveness of panentheism in contemporary theology. His irenic style and apt summaries make an indelible impression that he is fair and cogent. He offers a sound argument in exposing the fallacious claim that classical theism is the 'God of the philosophers' while other, more relationally sensitive models of God, are more biblical and not indebted to philosophy. . . . Essential reading for those interested in an introductory survey of the development of panentheistic thought because it not only highlights the basic tenets of panentheism but also its intricacies, distinctions, and sources. It is also helpful in understanding the different ways panentheists explicate the God-world relation, which is a driving concern of contemporary theology."--Stephen M. Garrett, Heythrop Journal

"[A] lucid survey of [panentheism's] rise to dominant influence in Western thought over the last two centuries. . . . If Christianity, Hinduism, Judaism, and Islam are really talking about the same World Soul, then why can't we all just get along? . . . [Cooper's] patient and careful exposition shows why we can't all just get along, and why panentheism fails in other ways as well. . . . His treatment of the panentheist tradition is invariably courteous and measured, and as far as I can tell, accurate. He is writing for theologians, pastors, and seminarians, but the book is within reach of interested lay people. Given the idea's dominant influence in the elite thinking of the Western churches, [this book] should be required reading for anyone concerned for biblical truth in the twenty-first century."--L. P. Fairfield, Touchstone

"I cannot think of a more competent and fair-minded assessment of what is known as panentheism than Cooper's timely study. As one who is a trained philosopher, Cooper brings the right sort of credentials to this topic; and as one who is engaged in theological education, he is well-suited to offer an assessment of the prominent claims by panentheistic advocates. . . . The scope of Cooper's study is quite impressive. . . . Cooper is always judicious in his treatment of the views of others. . . . Cooper's book is an indispensable resource to have at hand in contemplating the doctrine of God and the contemporary discussion which aims to overcome or displace the traditional, classical understanding of that doctrine. Cooper writes with clarity, avoids the shrill rhetoric that often surrounds this controversial topic, and provides readers with a fine theological education on a subject that requires genuine philosophical discernment."--J. Mark Beach, Mid-America Journal of Theology

"Impressively ambitious. . . . Cooper has taken on a massive project. He surveys the major figures and representatives of thought within the panentheistic tradition. . . . Cooper offers a true historical overview, consistently linking each thinker with his predecessors and presenting the theologies never in isolation but within the wealth of tradition of influence that has formed them. . . . Cooper's survey makes a significant contribution to current literature. To my knowledge, Cooper is correct in suggesting that his is the first work to survey panentheism from its origins to the present day. This work is a solid resource for a wide theological audience, but one especially valuable to those seeking an introduction to contemporary panentheistic theologians and who are interested in how that thought has emerged within the larger intellectual tradition."--Sherri Golisky, Toronto Journal of Theology