On the Cliffs of Foxglove Manor 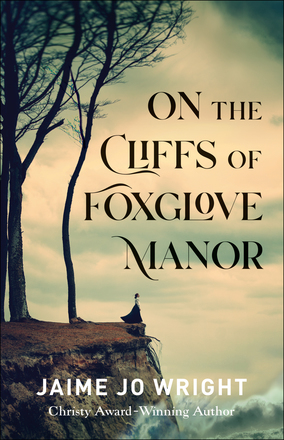 Foxglove Manor would twist its way into your soul until one day it owned you, and it called to you, and it didn't cease haunting you until you came back.

In 1885, Adria Fontaine has been sent away from her home to recover goods her malevolent father pirated on the Great Lakes during the Civil War. Hoping to find freedom away from her father, Adria arrives at Foxglove Manor--a stone house on a cliff overlooking Lake Superior--but senses only wickedness hovering over the property. The mistress of Foxglove is an eccentric and seemingly cruel old woman who has filled her house with dangerous secrets, ones that may cost Adria her life.

Centuries later, Kailey Gibson takes on a position as a nurse's aide at a senior home in a renovated old stone manor. Abducted as a child, she has nothing but locked-up memories of secrets and death, overshadowed by the chilling threat from her kidnappers that they may return. When the residents of Foxglove start sharing stories of whispers in the night, hidden treasure, and a love willing to kill, it becomes clear this home is far from a haven.

As the sinister mysteries of Foxglove Manor haunt two women separated by time, they will have to risk it all to banish the past's demons--including their own.

"Wright captivates with this eerie story of lost Civil War gold and a haunted manor. . . . While spiritual elements are subtle, Wright's fans will be thrilled with this haunting tale."--Publishers Weekly

"Wright captivates with this eerie story of lost Civil War gold and a haunted manor. . . . While spiritual elements are subtle, Wright's fans will be thrilled with this haunting tale."