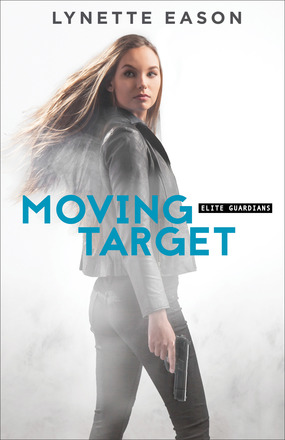 Intensity. Skill. Tenacity.
The bodyguards of Elite Guardians Agency have it all.

When Maddy McKay and Quinn Holcombe don't show up for Quinn's birthday party, his friends know that something is very wrong. Their search turns up little beyond evidence that Quinn and Maddy have vanished. And it soon becomes apparent that they did not leave of their own accord.

Maddy awakens in a cement room with no idea where she is. But it's not long before she realizes she's in the clutches of a madman who exacts revenge through games--hunting games. His prey of choice? Humans. Now Maddy and Quinn must run for their lives and outwit their killer when their game begins.


Praise for the Novels of Lynette Eason

"A thrill ride from the first page until the last."--RT Book Reviews, 4½ stars, Top Pick

"I was turning pages so fast I had to go back and reread a time or two."--Suspense Magazine


Lynette Eason is the bestselling author of the Women of Justice series, the Deadly Reunions series, and the Hidden Identity series, as well as Always Watching and Without Warning in the Elite Guardians series. She is the winner of two ACFW Carol Awards, the Selah Award, and the Inspirational Readers' Choice Award. She lives in South Carolina. Learn more at www.lynetteeason.com.

Praise for the Elite Guardians Series

"A thrill ride from the first page until the last. Set aside some time, because you won't want to put it down."--RT Book Reviews, 4½ stars, Top Pick

"With each new novel, Eason continues to get better. Always Watching is among her best."--LifeIsStory.com

"A stellar beginning to what promises to be another terrific series from this inspirational author."--Bookpage

"Lynette has written another fast-paced book--lace up your tennis shoes and grab a water bottle. It's a race against death."--DiAnn Mills, author of Deadlock

"Readers will be looking forward to book #2 with a great deal of anticipation, which is exactly what happens when #1 is as good as this one."--Suspense Magazine

"Eason's second Elite Guardians novel draws readers in with the mystery and warms their hearts with romance."--Booklist