Mark of the Raven 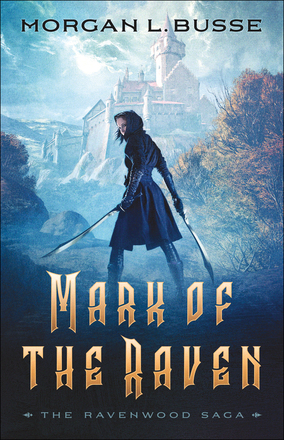 Lady Selene Has Come into Her Family's Power.
But Has She Inherited a Gift or a Curse?

Lady Selene is heir to the House of Ravenwood and the secret family gift of dreamwalking. As a dreamwalker, she can enter a person's dreams and manipulate their greatest fears or desires. Soon after the gifting, however, Selene discovers that the Ravenwood women have been secretly using their gift to gather information or to assassinate those responsible for the fall of House Ravenwood to the Dominia Empire hundreds of years ago.

As she becomes more entrenched in Ravenwood's dark past, Selene longs to find out the true reason behind her family's gift, believing that its original intent could not have been for such evil purposes, but she is torn about upholding her family's legacy--a legacy that supports her people. Selene's dilemma comes to a head when she is tasked with assassinating the one man who can bring peace to the nations--but who is also prophesied to bring about the downfall of her own house.

One path holds glory and power and will solidify her position as Lady of Ravenwood. The other path holds shame and likely death. Which will she choose? And is she willing to pay the price for the path chosen?

"Busse has crafted a well-written story with believable characters and a compelling world with unique culture and detail."--World Magazine

"As Morgan Busse's first Ravenwood Saga episode, Mark of the Raven is . . . heavy on familiar-yet-complex character drama, mounting tension, and lush details. Readers may especially appreciate Busse's emphasis on the tragedy and humanity of every person."--Lorehaven Magazine

"Mark of the Raven grabbed me from the first moment and didn't let go. Cliché to say? Maybe. Doesn't make it any less true. Layered characters, an epic storyline, and strong writing make this a tale to be savored."

James L. Rubart, bestselling author of The Man He Never Was

"Stunning! Mark of the Raven is a captivating adventure that plumbs the depths of humanity's soul. Busse's deftly drawn characters offer a refreshing break from the tropes of most fantasy novels. I can't wait for the next book!"

"Mark of the Raven is a rich fantasy set in a world of great powers and dark secrets. Fast-paced and sure to please, Morgan Busse has delivered a novel that sticks with you. When you wake from your next nightmare, try to tell yourself 'It was just a dream.'"

"A great new fantasy adventure from Morgan L. Busse, Mark of the Raven fulfills every expectation. This fast-paced heroic fantasy was a pleasure to read with its with dreamwalkers, political machinations, mystery, romance, and a world on the brink of war. Readers will be transfixed as Lady Selene struggles with the calling placed upon her. I'm so looking forward to the next book in the series."

Jill Williamson, Christy Award-winning author of The Kinsman Chronicles and Blood of Kings

"Contrasting an atmosphere of dark politics against the illumination of hope, Mark of the Raven took flight on the page, swooping me into its magically layered yet fully accessible world. With vividly conflicted characters and danger lurking around every bend, this series starter left me breathless for its sequel. Brilliant!"

"Busse has crafted a well-written story with believable characters and a compelling world with unique culture and detail."

"As Morgan Busse's first Ravenwood Saga episode, Mark of the Raven is . . . heavy on familiar-yet-complex character drama, mounting tension, and lush details. Readers may especially appreciate Busse's emphasis on the tragedy and humanity of every person."