Life in the Son 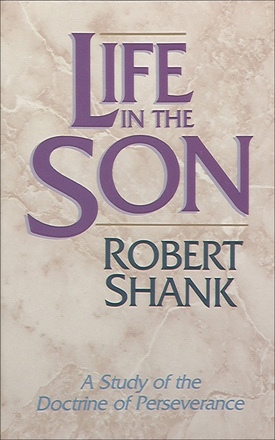 "Seldom is a book published that reflects such bold independence of thought, such freedom from the fetters of tradition, and such complete objectivity in the study of the Scriptures. It is a book to be reckoned with by all serious students of the Bible."--from the Introduction by Dr. William W. Adams of the Southern Baptist Theological Seminary

Internationally known among Bible scholars for his significant books in the field of biblical theology, Dr. Robert Shank here offers a penetrating study of all the pertinent New Testament Scriptures on the doctrine of perseverance. In doing so, he calls into question the popular doctrine of "eternal [unconditional] security."

Are the proof passages used to support eternal security possibly misconstrued? Dr. Shank convincingly argues that the question confronting us is not, Is the believer secure? but rather, What does it mean to be a believer? If apostasy is an actual peril for every Christian, the Scriptural warning passages must be frankly accepted rather than interpreted into irrelevance or circumvented by theological hypothesis.