A Novel of Salome Alexandra 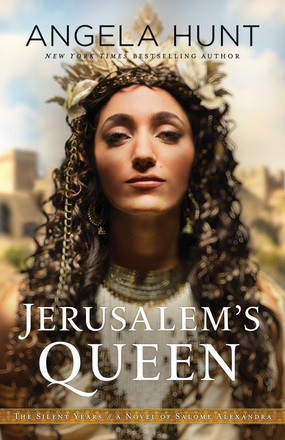 Born in the small village of Modein, a town made famous by the warrior Maccabees, Salome Alexandra knows better than to harbor grand dreams for her future. She pales in comparison to her beautiful older sister, and though she learns to read at an early age, girls are not valued for their intellectual ability. But when her father and sister are killed, John Hyrcanus, a distant relative, invites Salome and her mother to live with his family in Jerusalem, where her thirst for knowledge is noticed and indulged.

When her guardian betroths her to a pagan prince, she questions HaShem's plan. When Hyrcanus finally marries her to a boy half her age, she questions her guardian's sanity. But though Salome spends much of her life as a pawn ordered about by powerful men, she learns that a woman committed to HaShem can change the world.

"Hunt's compelling chronicle dramatizes the repression of women during this historic time and spotlights the role faith played in female empowerment. Hunts places Shelamzion's story within the growing religious dissonance and speculation about the long-awaited Messiah. Readers who admire the biblical Esther will enjoy this tale of another brave woman playing a pivotal role in the survival of her people."