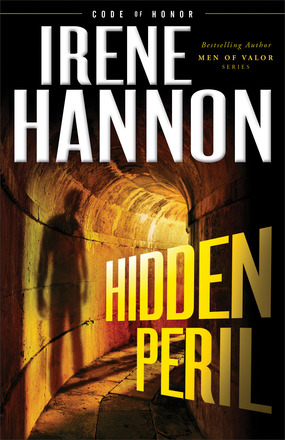 As teenagers, Kristin Dane and her two best friends took a vow to make the world a better place. Twenty years later, she's fulfilling that pledge through her fair trade shop that features products from around the world. All is well until, one by one, people connected to the shop begin dying.

Detective Luke Carter, new to the St. Louis PD, wants to know why. Before he can answer that question, however, the FBI weighs in and Kristin suddenly finds herself in the middle of international intrigue--and in the sights of the ruthless mastermind behind an ingenious and deadly scheme. Can this cold-blooded killer be stopped before more people die . . . including Kristin?

Three-time RITA Award-winner and "queen of inspirational romantic suspense" (Library Journal) Irene Hannon doesn't disappoint in this edge-of-your-seat thriller that will have you up late as you rush toward the explosive conclusion.

"Intricately plotted, with a large number of unexpected events that will keep readers guessing. Just when everything seems to be figured out, another surprise comes from left field and turns the story upside down."--RT Book Reviews, Top Pick

"Races full speed ahead, spinning out a twisty plot. The author's many fans will devour this work."--Library Journal

"Hannon is at the top of her game."--Christian Market

"Hannon's latest novel is a page-turner that will keep the reader up late at night."--Christian Library Journal


Irene Hannon is the bestselling and award-winning author of more than fifty contemporary romance and romantic suspense novels, including Dangerous Illusions, as well as the Men of Valor, Heroes of Quantico, Guardians of Justice, and Private Justice series. In addition to her many other honors, she is a three-time winner of the prestigious RITA® Award from Romance Writers of America. She is also a member of RWA's elite Hall of Fame and has received a Career Achievement Award from RT Book Reviews. All of her suspense novels have been ECPA/CBA bestsellers. Learn more at www.irenehannon.com.

"Hannon delivers a new romantic suspense series that starts off slowly but then races full speed ahead, spinning out a twisty plot. The author's many fans will devour this work."--RT Book Reviews

"Hannon is at the top of her game. Dangerous Illusions, the first in the Code of Honor series, will satisfy any suspense reader."--Christian Market

"Hannon's latest novel is a page-turner that will keep the reader up late at night, trying to finish the book and uncover the truth."--Christian Library Journal