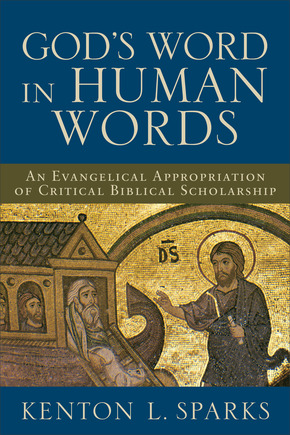 "Charitable, well-argued, and clear. It is likely to define the debate about the Bible among evangelicals for the foreseeable future. No seminary professor and student can afford to neglect this book."--Kevin T. Bauder, Religious Studies Review
In their studies, students at conservative colleges and seminaries are introduced to the methods and conclusions of critical biblical scholarship. These conclusions often produce a disconcerting challenge to the faith students came to explore. A few embrace the skeptical stance, resulting in a "secular" response. Many display a "traditional" response, rejecting biblical criticism as a threat to biblical authority and a faulty result of Enlightenment thinking. Between these two poles, is there a third way? Can evangelical students and scholars incorporate the insights of biblical criticism and at the same time maintain a high view of Scripture and a vital faith?

Kenton Sparks has wrestled with these questions as a student, pastor, and scholar. In God's Word in Human Words, he argues that the insights from historical and biblical criticism can indeed be valuable to evangelicals and may even yield a new set of solutions to seemingly intractable problems in biblical studies while avoiding pat answers. This constructive response to biblical criticism takes seriously both the divine and the human aspects of the Bible and acknowledges the diversity that exists in the biblical texts. The discussion is substantive, thorough, and even controversial, as the author offers challenges to the evangelical status quo.

"This is a fine survey of the issues that historical criticism raises for an evangelical understanding of Scripture and a useful survey of options in approaching those issues."--John Goldingay, David Allan Hubbard Professor of Old Testament, Fuller Theological Seminary

"This important volume provides a bridge between critical scholarship and traditional views on Scripture. Sparks's aim is to present a reasoned and sometimes impassioned insider look at evangelical approaches to biblical scholarship. In the process of surveying the flash points created by modern critical scholarship, he champions 'practical realism' as an approach that provides a more productive middle ground between traditionalist views of authorship and dating of the text, which depend on harmonization or forced interpretations, and the antirealists of postmodern scholarship, who disregard historical context or the original audience. Both evangelicals and nonevangelicals will benefit from this very frank discussion of the history and possible future for biblical scholarship."--Victor H. Matthews, associate dean, College of Humanities and Public Affairs, Missouri State University

"What do we mean when we say our Bible--written by prophets, chroniclers, sages, evangelists, and apostles--is the word of God? In this book, Kenton Sparks engages that very question, emphatically affirming both the methodology and results of historical and modern biblical criticism and the authority of Scripture. He distinguishes divine inerrancy from the finite and fallible human vessels through whom God chose to reveal God's Word. The biblical text manifests significant theological diversity that is best addressed by recognizing the distinct genres of human and divine discourse; God accommodates his message to the finite and fallen perspectives of his human audience. While some readers will be uncomfortable with Sparks's characterization of conservative evangelical scholarship and his conclusions regarding the historicity of biblical narratives, this is a valuable window into the 'progressive evangelical' approach to the nature of Scripture."--Elaine A. Phillips, professor of biblical and theological studies, Gordon College

"Sparks issues an irenic invitation to reconcile academic consensus with evangelical conviction in ways that respect and inform both. His plea for his fellow evangelicals to take historical criticism much more seriously features impressive and honest arguments for mainstream critical stances toward Old and New Testament texts, informative tours of fields from hermeneutics to Assyriology to patristic and Reformation theology, and a bold proposal to affirm biblical inerrancy in terms of perfect divine accommodation to human error. May it encourage and shape the fruitful conversation we evangelicals absolutely need to have."--Telford Work, assistant professor of theology, Westmont College

"Finally, a fresh, creative, carefully nuanced approach to biblical criticism from an evangelical! Sparks skillfully makes his case for a 'believing criticism' by carefully assessing the current available alternatives. In the process, he offers a useful survey of, and response to, typical hot-button issues. His thorough, methodical work stakes out for many thoughtful evangelicals a credible, theologically based, devout place to stand in integrating critical work and faith. I highly recommend it."--Robert L. Hubbard Jr., professor of biblical literature, North Park Theological Seminary

"Kent Sparks asks hard questions. In this volume he provides answers that he believes satisfy intellectually as well as spiritually. His erudition is evident on every page, whether summarizing the epistemological heritage of the Enlightenment, the historical-critical methods as applied to Assyriology, the constructive features of Barthian hermeneutics, or the ways in which the church has 'trumped Scripture.' Of course, not all will agree with his version of 'practical realism' and how it relates to biblical hermeneutics, but few can deny that he has advanced the conversation in a way that is helpful and healthy."--Bill T. Arnold, professor of Old Testament and Semitic languages, Asbury Theological Seminary

"Sparks displays both his knowledge of biblical (especially Hebrew Bible) scholarship as well as his appropriation of theoretical issues of epistemology and hermeneutics. . . . [The book's] positive contributions are several. Sparks's overview of basic epistemological and hermeneutical issues . . . is extremely clear and helpful. He straightforwardly and vigorously presents among the most important resultant claims of mainline biblical scholarship over against 'problems' in the Bible. . . . His challenge to traditional evangelicals . . . will be sure to gain notice, stimulate conversation, and, indeed, provoke strong reactions of various kinds. . . . Sparks keeps a level tone throughout his discussion, no mean achievement in dealing with such potentially explosive topics as he does. . . . Sparks has taken up a topic of great importance, and his discussion is one that will be sure to spark much interest. He has launched a major frontal assault against a certain view of biblical authority. All who are interested in these questions can benefit from his learned discussion."--Jeffrey A. Gibbs, Review of Biblical Literature

"Though the book is written for evangelicals, members of other denominations experiencing a return to the spiritual or denominational approach to reading the Bible will find this study interesting."--Dianne Bergant, CSA, Bible Today

"[This book] takes up a perennially important topic. . . . Behind this book stands impressively wide reading. Much of it is in areas most familiar to Sparks: the OT in its ancient Near Eastern setting. But . . . he has read in many historical, hermeneutical, theological, philosophical, and other areas. In fact, he probably covered more ancillary ground for this book than some OT scholars will cover outside their fields in their entire careers. This range and command of information is admirable and beneficial. . . . Sparks is moved by justified concerns regarding hyper-conservative anti-intellectual approaches to Scripture. . . . I commend Sparks's patience in wrestling with and assimilating the views of so many scholars who would in all frankness see no legitimacy in the post-traditional Christian faith he espouses. . . . In that sense Sparks has in many cases modelled the openness to criticism he calls for."--Robert W. Yarbrough, Themelios

"[Sparks's] major mechanisms for reconciling the Bible's fallible humanness with its divine inerrancy are: first, an appeal to considerations of literary genre; and second, an appeal to divine accommodation. Sparks spends considerable time working out the theological implications of his theory, applying it to particular biblical and theological problems. Unlike some similar discussions, this book is generally charitable, well-argued, and clear. It is likely to define the debate about the Bible among evangelicals for the foreseeable future. No seminary professor and student can afford to neglect this book."--Kevin T. Bauder, Religious Studies Review

"Sparks offers a thorough and thoughtful discussion of how evangelicals might embrace both traditional convictions about Scripture and academic biblical scholarship with theological and intellectual integrity. . . . He addresses many of the related issues arising from the question of fidelity to Scripture and scholarship. He does so with a wide and firm knowledge of philosophical, biblical, historical, and theological resources that inform these topics and makes these resources accessible to those who would join his discussion. Students, ministers, informed laypersons, and scholars will benefit from careful reading and discussion of this valuable resource."--Barry A. Jones, Catholic Biblical Quarterly

"Throughout, Sparks interacts with the leading luminaries in the evangelical scholarly world and repeatedly demonstrates the fallacies and facileness of many of the standard responses to historical criticism. . . . Sparks also addresses the epistemological and hermeneutical issues involved when one approaches critical views, and then integrates these conclusions with personal faith. . . . He has successfully demonstrated that the acceptance of historical-critical conclusions is not tantamount to an abandonment of faith. . . . Critical scholars will find it helpful to read an informed discussion of the objections that are often raised against their work."--T. M. Law, Journal for the Study of the Old Testament

"Sparks takes up the fundamental issues of OT exegesis in light of contemporary archaeology, historical criticism, literary genres, the hermeneutics of divine discourse, and Christian theology, and weaves a tight argument for seeking the meaning of God's biblical word precisely through the application of all these methods. . . . The force of his presentation relies on a wealth of detail, and hard-headed logic."--Old Testament Abstracts

"This is an important study of the complex relationship between critical biblical scholarship and the more conservative evangelical approaches to the Bible and beliefs about Scripture. . . . Sparks' detailed discussion has cast light on an area that continues to cause much debate within the types of conservative evangelicalism that adhere to ideas of biblical inerrancy and it would be of obvious benefit to those training in evangelical seminaries, colleges, and universities. Evangelicals and others who reject notions of inerrancy can still find much value in this publication giv[en] it provides an insight into some highly proficient modes of evangelical scholarship and an illuminating discussion of a wide range of creditable and well-known evangelical biblical scholars."--Andrew Cheatle, Theological Book Review

"The book's evangelical stance and tone make it a non-threatening critique of the ways evangelical scholars have typically viewed critical scholarship. Sparks remarkably walks the fine line of approaching both the text and his readers on their own terms--which is why his work has the potential to be important. . . . The book is clearly written and well documented, representing a wealth of resources. Sparks anticipates challenges to his thesis and articulates helpful clarifications. . . . This volume will be a healthy addition to discussions about the nature of Scripture and the role critical scholarship should play in the evangelical faith--both in the academy and in the church. . . . This book is best suited for the graduate classroom and in this context it will be an invaluable conversation partner."--Matthew Emile Vaughan, Restoration Quarterly

"The honesty of Sparks and his pastoral concern shine out on every page."--Ralph W. Klein, Currents in Theology and Mission