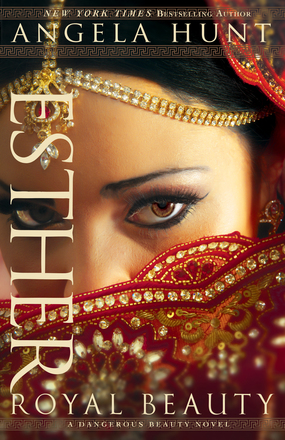 When an ambitious tyrant threatens genocide against the Jews, an inexperienced young queen must take a stand for her people.


When Xerxes, king of Persia, issues a call for beautiful young women, Hadassah, a Jewish orphan living in Susa, is forcibly taken to the palace of the pagan ruler. After months of preparation, the girl known to the Persians as Esther wins the king's heart and a queen's crown. But because her situation is uncertain, she keeps her ethnic identity a secret until she learns that an evil and ambitious man has won the king's permission to exterminate all Jews--young and old, powerful and helpless. Purposely violating an ancient Persian law, she risks her life in order to save her people...and bind her husband's heart.

The biblical tale of Esther is a story often told, but here it is enhanced and elaborated with scholarly insight...Esther is a good read for those who love Bible accounts come to life.

Biblical fiction seems to be on the rise and readers will find nothing better in the genre than bestselling Hunt's interpretation of the biblical book of Esther....Hunt handles the tale's nuances with care and openness, presenting readers with a beautiful, honest, captivating retelling of a familiar story.

With carefully researched, richly rendered historical details, Hunt breathes new life into the biblical blueprint. The result is a chilling tribute to Esther's bravery that is sure to grip and surprise readers.