Turning Points in the Development of the Church 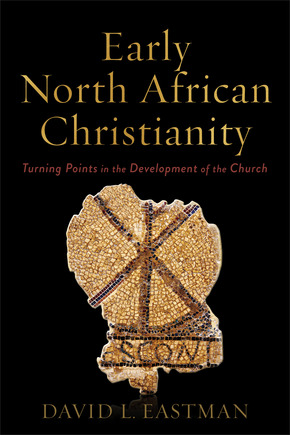 An internationally recognized scholar highlights the important role the North African church played in the development of Christian thought. This accessible introduction brings Africa back to the center of the study of Christian history by focusing on key figures and events that influenced the history and trajectory of Christianity as a whole. Written and designed for the classroom, the book zeroes in on five turning points to show how North African believers significantly shaped Christian theology, identity, and practice in ways that directly impact the church today.

"This book skillfully weaves history and reflection into a highly accessible account of North African Christianity. Eastman's selection of important historical figures helpfully frames essential historical and theological issues relevant for Christian discourse today. The book addresses thoughtful questions that make it a valuable resource for a wide array of readers in disciplines beyond church history. This title is indispensable for any reader, whether beginner or seasoned scholar, who wants to understand North Africa's early contributions to fundamental issues of the Christian faith."

"Eastman's deep knowledge and love of his subject are evident on every page of this both learned and accessible book. Above all, this work offers a compelling and insightful introduction to the faith, context, and practices of early African Christianity that will enrich readers' grasp of its decisive influence on the legacy of the Western church."

"Eastman, a renowned scholar of early Christianity in general, has focused his attention on the early African Christian voices in particular. In so doing, he has given his readers a gift: an introduction to this underappreciated school of ancient wisdom through its key representatives, such as Perpetua, Tertullian, Cyprian, and Augustine. What is more, he is able to present these invaluable voices in a way that speaks to contemporary readers' interests and concerns. Any student of Christianity's past who feels ill-informed about what role ancient North Africans played in the faith's earliest developments will want to add this book to their reading list."

"David Eastman is an eminently trustworthy historian as well as a man of deep faith. He is, in fact, one of a very small number of scholars most qualified to write on the subject of North African Christianity. Eastman makes the rich history of early African Christianity accessible to those who have not studied this treasure, and yet, even scholars and the well-read will learn things from this book. Anyone interested in the story of the origins of Christianity will love this book."