The Exile to the Time of Christ 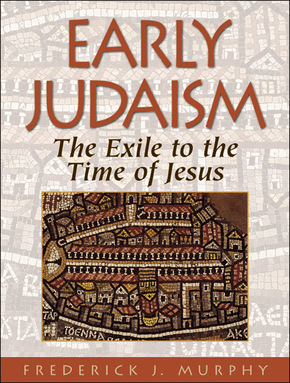 "This is not only a history of the Jewish people in the Second Temple period, but specifically a history of the religion, that highlights major religious trends. . . . A splendid textbook for colleges and seminaries."--John J. Collins, Yale University

This textbook provides an introduction to the Second Temple period (520 BCE-70 CE), the formative era of early Judaism and the milieu of Jesus and of the earliest Christians. By paying close attention to original sources--especially the Bible, the Pseudepigrapha, the Dead Sea Scrolls, and Josephus--Frederick J. Murphy introduces students to the world of ancient Jews and Christians. Early Judaism: The Exile to the Time of Christ, designed to serve students and teachers in the classroom, will also be of great interest to anyone looking for an entrÅ½e into this pivotal period. It contains suggestions for primary readings, bibliographies, maps, illustrations, glossaries, and indexes.

"This is the ideal textbook for Second Temple Judaism, beautifully crafted, masterful in its exposition, reliable in its facts, sympathetic in its attitude. . . . [Murphy] has taken a complex and diffuse subject, Judaism before 70, and presented it with structure, clarity, and purpose."--Jacob Neusner, Bard College

"This is not only a history of the Jewish people in the Second Temple period, but specifically a history of the religion, that highlights major religious trends. . . . A splendid textbook for colleges and seminaries."--John J. Collins, Yale University

"Written by a distinguished scholar and award-winning teacher, this volume is both a reliable reference tool and the perfect textbook for a course in Second Temple Judaism. Murphy helps us to appreciate better the Jewish world of Jesus and of the first Christians in all its richness and diversity."--Daniel J. Harrington, SJ, Weston Jesuit School of Theology

"This is a textbook for courses on Early Judaism, designed to provide the historical and literary background needed for NT study. . . . Each chapter is accompanied by a bibliography. Glossary and an index will serve the student well, as does the text itself."--International Review of Biblical Studies

"Most Christians know very little about Judaism from the period after the Exile until the time of Christ. This is unfortunate because that is the period that probably most influenced Jesus and his disciples. Murphy addresses this gap. The present book is a completely revised edition of an earlier work. . . . The approach is both literary and historical. Religious texts are examined in order to discover their theological import. This serves to trace the outlines of the history of the religion, its institutions and religious trends. The nine-page glossary of terms is very helpful. Although the book is intended as a textbook, the information that it provides makes it a fine resource for anyone interested in this very significant period."--The Bible Today

"We have here a competently written textbook for beginners that explains in jargon-free language the accepted wisdom of mainline scholarship taken from many disparate historical sciences on the issues in question. . . . The overall portrait of early Judaism is presented here with sympathy and depth."--Religious Studies Review