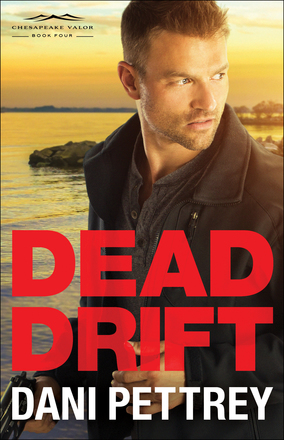 The Final Countdown to Stop an Imminent Attack Has Begun.

Burning debris littering the ground . . . smoke pluming in the acrid air . . . this is just the beginning if he fails.

Seven years ago, operative Luke Gallagher vanished to become part of an elite team set on capturing a deadly terrorist. When Luke returns to face those he left behind, their help becomes his only hope of stopping his target's latest threat of an attack that would shake America to its core.

Private investigator Kate Maxwell never stopped loving or looking for Luke after he disappeared. But she also never imagined he left her or his life by choice. Now he's back, and together they must unravel a twisting thread of secrets, lies, and betrayal, all while on the brink of a biological disaster.

Will they and their love survive, or will Luke and Kate become the terrorist's next mark?

"With non-stop action, Pettrey's entertaining novel sweeps the reader into a high-stakes plot that endangers the country as well as recurring series characters."--Publishers Weekly on Blind Spot

"Fans of Pettrey will adore this new romantic suspense series. Dynamic protagonists and an increasingly tense narrative set the scene for a harrowing and thrilling ride."--Library Journal on Cold Shot

"Secrets, lies, betrayal, and a biological threat bring a suspenseful, explosive conclusion to the Chesapeake Valor series. Pettrey has crafted a spellbinding story including her famous plot twists that readers have come to expect."

"The fourth book in Dani Pettrey's Chesapeake Valor series, Dead Drift, is an action-packed adventure perfect for every suspense reader, with a healthy dose of swoony romance too!"

Hope by the Book