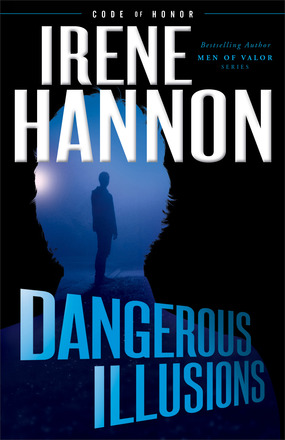 Trish Bailey is on overload trying to deal with a demanding job, an ailing mother, and a healing heart. When a series of unsettling memory lapses leads to a tragic death--and puts Trish under police scrutiny--her world is once again thrown into turmoil.

Detective Colin Flynn isn't certain what to think of the facts he uncovers during his investigation. Did Trish simply make a terrible mistake or is there more to the case than meets the eye? As he searches for answers, disturbing information begins to emerge--and if the forces at work are as evil as he suspects, the situation isn't just dangerous . . . it's deadly.

Bestselling and award-winning author Irene Hannon will capture your imagination with a mind-bending story that will have you doubling back to retrace your steps--and figure out what you missed!


What the Critics Are Saying

"An ideal blend of romance and intrigue."--Booklist on Buried Secrets

"Hannon is a master at her craft."--RT Book Reviews on Thin Ice


Irene Hannon is the bestselling and award-winning author of more than fifty novels, including Buried Secrets, Thin Ice, and Tangled Webs, as well as the Heroes of Quantico, Guardians of Justice, and Private Justice series. In addition to many other honors, she is a seven-time finalist for and three-time winner of the prestigious RITA® Award from Romance Writers of America.

"Edge-of-your-seat suspense that will keep the reader engaged until the final page."--Christian Library Journal on Tangled Webs

"Hannon launches the new Men of Valor series, drawing readers in with an ideal blend of romance and intrigue."--Booklist on Buried Secrets

"Hannon is a master at her craft, and her unique way of handling suspense makes her a cut above the other writers in the genre."--RT Book Reviews on Thin Ice

"Thin Ice keeps readers turning the pages hungrily, the need to know what happens next easily overpowering the need to run errands, do housework, or sleep."--Killer Nashville on Thin Ice

"Hannon's intricately developed characters struggle with complex moral issues, bringing into question whether the ends ever do justify the means. An engaging, satisfying tale that will no doubt leave readers anxiously anticipating the next installment."--Publishers Weekly on Vanished

"The icy cold snowstorm won't be the only thing giving readers the shivers as RITA- and Carol Award-winning Hannon once again demonstrates her mastery at crafting spine-tingling romantic thrillers that, without graphic violence and language, utterly enthrall readers."--Booklist on Trapped