Cry of the Raven 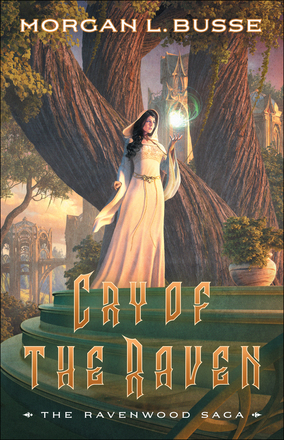 As War Looms, Will Her Power Be Enough to Save the Ones She Loves?

Lady Selene Ravenwood has come into her full power as a dreamwalker--a power greater than any in history. She embraces her new role as Nightwatcher, able to intercede for her people in the dream world, but the dark shadow of war draws ever closer.

Working together, the Great Houses come up with a plan to secure the borders from the approaching Dominia Empire. But dissension, conflict, and suspicion threaten to destroy their tenuous treaty, and as the empire burns a path across their lands, Damien Maris starts to lose his ability to raise the waters, leaving the lands vulnerable to the empire's attacks.

The only one who can keep the Great Houses unified and restore her husband's power is Selene. But it will require that she venture deep into the dream world to confront the enemies of her past who will do anything to stop her power. Will it be enough, or will both worlds fall under the empire's might?