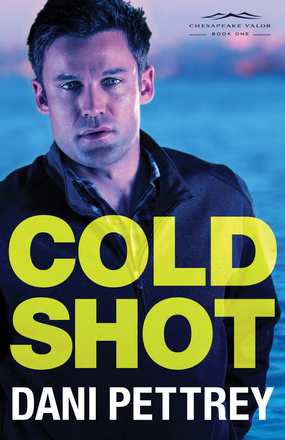 Four Best Friends.
And Then One Went Missing . . .

In college, Griffin McCray and his three best friends had their lives planned out. Griffin and Luke Gallagher would join the Baltimore Police Department, Declan Grey would head to the FBI, and Parker Mitchell would study to become a crime scene analyst. But then Luke vanished before graduation and their world--and friendships--crumbled.

Now years later, Griffin has left the police and his friendships behind. Still trying to forget a case that went bad when he was a SWAT team sniper, he's living a quiet life as a park ranger at Gettysburg. Quiet until skeletal remains are uncovered near Little Round Top--and they aren't Civil War-era.

Griffin just wants the case to go away, but charming forensic anthropologist Finley Scott discovers evidence pointing to the work of an expert sniper. When FBI agent Declan Grey steps in to take over the case, past and present collide. Griffin soon realizes he'll need to confront some of the darkest days of his life if he--and those he cares about--are going to escape a downward spiral of crime, danger, and murder.

"Pettrey's fast-paced tale offers smart characters who know romance won't work until they are able to deal with their personal issues. As they confront their pasts, their tracking of the killer leads them into a tangled web of historical violence, guaranteeing that readers will stay on the edge of their seats."

"Readers will empathize with the well-crafted and believable characters in this tense opening to her new series."

"The first book in Pettrey's new Chesapeake Valor series starts with action, intrigue, and a cast of fascinating characters. The combination of a present-day crime intertwined with crimes that haunt the characters makes for a gripping storyline with great potential for future installments."

"Fans of Pettrey will adore this new romantic suspense series. Dynamic protagonists and an increasingly tense narrative set the scene for a harrowing and thrilling ride. As the tension ratchets up, a growing romantic chemistry between Griffin and the charming Finley builds as well....A solid pick for adrenaline fiction junkies and readers of Lis Wiehl and DiAnn Mills."

"Fans of Dee Henderson and Terri Blackstock will enjoy this suspenseful read. It's the first book in the series and quickly draws the reader in, not letting them go till the last page."

"An intricate plot, a reunion of friends and an appealing lead couple make this a standout."