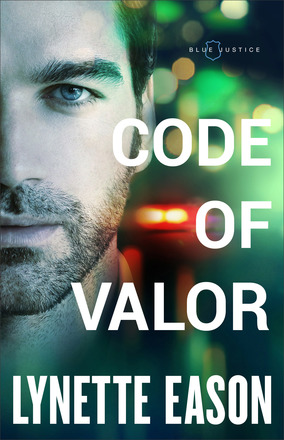 She's living proof that what you don't know could kill you

What Detective Brady St. John really needs is a relaxing vacation. Unfortunately, just as the sun is setting on his second day at a friend's cabin on Lake Henley, he hears a scream and races to rescue a woman from her would-be killer. When the killer escapes only to return to finish the job, Brady vows to utilize all of his many resources to keep her safe--and catch those who would see her dead.

Financial crimes investigator Emily Chastain doesn't trust many people. And even though she's trying to cooperate with the detective who saved her life, there are some things she doesn't know--and some things you just don't share with a stranger. Little does she suspect that what she doesn't know just might get them both killed.


Praise for books in the Blue Justice series


Lynette Eason is the bestselling author of Oath of Honor and Called to Protect, as well as the Women of Justice, Deadly Reunions, Hidden Identity, and the Elite Guardians series. She is the winner of three ACFW Carol Awards, the Selah Award, and the Inspirational Reader's Choice Award, among others. Learn more at www.lynetteeason.com.

Praise for Called to Protect

"Eason's page-turner is energetic and tense until the end."--Publishers Weekly

"Explosions, gun battles, and a terrifying, cop-killing criminal pepper the rocket-powered plot. Author Lynette Eason's formidable female characters stand out, as do the male leads who trust the women's judgment without question."--Bookpage

"Lynette Eason's Oath of Honor promises to be the beginning of another roller-coaster ride series. Readers are going to love Isabelle and Ryan's story while getting to know the entire St. John family. This engrossing novel will have them hooked from page one."--Lisa Harris, bestselling and Christy Award-winning author of The Nikki Boyd Files