by: Harold A. Netland 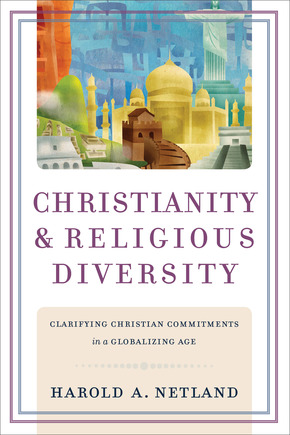 Christianity & Religious Diversity explores how religions have changed in a globalized world and how Christianity is unique among them. Harold Netland, an expert in philosophical aspects of religion and pluralism, offers a fresh analysis of religion in today's globalizing world. He addresses some central issues in understanding religion and religions today, challenging common misunderstandings of the concept of religion itself and its relation to culture. He also shows how particular religious traditions, such as Buddhism, undergo significant change with modernization, secularization, and globalization. Netland then responds to issues concerning the plausibility of Christian commitments to Jesus Christ and the unique truth of the Christian gospel in light of religious diversity and disagreement. The book concludes by considering basic principles for Christians living as Christ's disciples in religiously diverse contexts.

Combining theological resources with insights from history, religious studies, and philosophy, Christianity & Religious Diversity will be useful for professors and students in intercultural studies, world religions, and mission courses. Scholars, missionaries, and pastors will also benefit from this book.

Introduction
Part 1: Religion(s) in a Modern, Globalizing World
1. Rethinking Religion(s)
2. Secularization, Globalization, and the Religions
3. Buddhism in the Modern World
4. Jesus in a Global, Postcolonial World
Part 2: Christian Commitments in a Pluralistic World
5. Can All Religions Be True?
6. On the Idea of Christianity as the One True Religion
7. Religious Diversity and Reasons for Belief
8. Living with Religious Diversity as Jesus's Disciples
Index

"Another outstanding book by preeminent evangelical philosopher of religion Harold Netland. With great effectiveness and faithfulness, Netland unpacks one of the knottiest theological issues of our day: the challenge of non-Christian religions and what that challenge means for those with Christian commitments. This is essential reading."

"As one of the most respected evangelicals working in the philosophy of religion over the past two-plus decades, Harold Netland is attentive like few others to the challenges confronting Christian faith in a global context. His characteristically careful treatment and analysis in this book help us understand why Christian mission has to proceed with humility rather than triumphalistically in the present ferment."

"There is no better writer today than Harold Netland on how to think about Jesus in a global, postcolonial world, especially when it comes to epistemology. Netland combines a passionate heart with a keen mind. He has listened carefully to the cacophonous worldwide discussion on these questions and has compelling things to say about how to believe that Jesus is the only way to the Father while at the same time recognizing that there is goodness and truth among other religionists."

"The scope of Harold Netland's book is breathtaking. Seldom do you find such expansive coverage of issues and competing perspectives in a book that also reflects deep acquaintance with diverse disciplines. Netland's exposition of theories and traditions is even handed, and his assessment of complex arguments is incisive. Christianity & Religious Diversity is a model of exacting research, clear and cogent writing, and unusual generosity of spirit. It is an extraordinary achievement."

"Why be a Christian in this religiously pluralistic world? This book answers that question. Netland has deep knowledge of both the various religions of the world and of recent scholarly discussions of pluralism. His arguments are careful, incisive, and sensible. In addition, the book is faithfully Christian and helpful to the Christian community. I recommend the book highly to all who are interested in the problems of religious pluralism and Christian mission."

"Not many thinkers are equally at home in John Hick, Alvin Plantinga, and the history of Buddhism, and fewer still are able to combine these interests with much else, as Harold Netland has, in a persuasive proposal about Christianity and the plural global scene. Clear but not simplistic, balanced but not anemic, gentle but not compromising, this volume demonstrates that an informed faith is well able to ground mission in today's world."

"For several decades now, Netland's work has illuminated the path toward an evangelical theology of religions. In Christianity & Religious Diversity, Netland extends his analysis of religion and its intersection with culture, modernization, and globalization. With philosophical clarity, theological nuance, and interreligious sensitivity, Netland serves once again as a wise and faithful guide for followers of Jesus seeking to understand our religiously diverse world."

"[Netland] skillfully analyzes the changing religious landscape of the world and suggests ways Christians can continue to be faithful disciples of Christ in a changing world. . . . The book is a helpful addition to the current discourse on Christian mission in multi-religious contexts."

"Netland, an eminent evangelical philosopher of religion, masterfully engages a perplexing issue that confronts many Christians in the age of globalism: the challenge of simultaneously upholding Christian faith as true while respecting other religions and cultures. . . . The book is strongly recommended for scholars and theologians interested in mission studies, and for pastors, missionaries, and lay members interested in deeply reflecting on what it means to be authentically Christian in a diverse, global world."

"Netland brings the necessary gravitas to the discussion of religious pluralism. Yet as a child of missionaries and a former missionary himself, he also demonstrates a reflexive view of other religions that is at once humble and unflinching in its approach. . . . Netland's monographs and articles have helped establish the evangelical voice in the philosophical and theological discussion of religions. Christianity and Religious Diversity offers another valuable contribution to this important endeavor. I recommend this book to all Christians who seek to make disciples in today's globalized and religiously diverse world."

"Netland's comparative work--philosophical, theological, and practical--across the three religions [Christianity, Buddhism, and Hinduism] is salutary and reminds us that we all have something to learn from religious others. . . . This book is highly recommended for the academic theologian as well as the follower of Christ searching for ways to grasp the concept of civic virtue explored in the final chapter of the book. . . . Netland's text is a critical assessment of Christian commitment. We live in a world where religion is sometimes used as a gauze to cover political and social inequalities. How different would the world be, specifically in the United States, if we had responsible and empathetic Christians in power that supported the religious rights of others? This is a tough discussion, but the final chapter is hopeful that we can maintain this sort of cultural sensitivity while remaining committed to Christianity."

"Few have written on religious pluralism more insightfully than Harold Netland. His latest book explores our world's religious diversity and its implications for Christian commitment. Here is much-needed learning and careful thought on the church's life and mission in a world of many faiths and many gods."