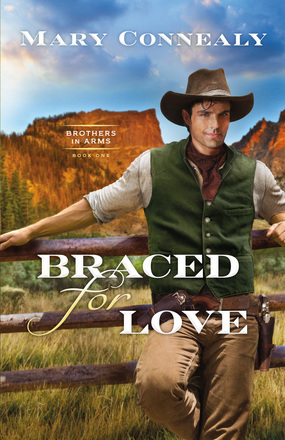 Kevin Hunt was at peace with the grueling but honest labor of Kansas farm life, until he received the news that he had inherited part of a successful Wyoming ranch. The only catch is it's to be shared with a half brother he never knew existed. Turns out, Kevin's supposedly dead father led a secret and scandalous life, and the townsfolk are quick to spurn Kevin and his siblings for it.

But trouble seems to follow Kevin on the way, and he wonders if his half brother Wyatt is behind the attacks. Once at the ranch, everyone is at each other's throats, and the only person willing to stand in between is Winona Hawkins, the local schoolmarm and a wealthy rancher's daughter.

Despite being a longtime friend to Wyatt, Winona can't help but be drawn to the earnest, kind Kevin, and that puts her in the cross hairs of somebody's dangerous plot. With every reason to despise each other, can the Hunt brothers put aside their differences long enough to protect the ones they love?