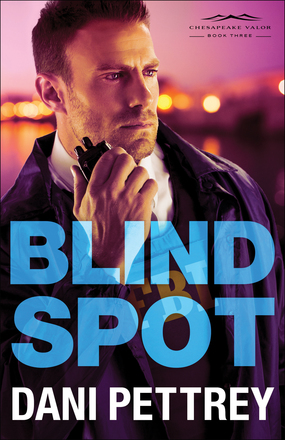 The Wrath is Coming. But They Don't Know Where--Or When.

"The wrath is coming" were the final words that FBI agent Declan Grey heard the suicide bomber say. Now Declan is in the chase of his life--but isn't sure exactly what he's chasing after or when the threat will be unleashed on American soil. When his investigation's best clue leads him to a closed immigrant community, he turns to Tanner Shaw for assistance. She's sought justice for refugees and the displaced around the world, and if there's anyone who can help him, it's Tanner.

Tanner Shaw has joined the FBI as a crisis counselor . . . meaning she now has more opportunity to butt heads with Declan. As they work together to uncover the mounting threat, the tension between them also includes a spark she can't deny--and she's pretty sure Declan feels the same. But before anything more can develop, they find themselves in a race against time to stop the coming "wrath" that could cost thousands their lives.

"Pettrey's third Chesapeake Valor novel is a major thrill ride with some fascinating twists. . . . The romance is sweet and beautifully developed, and the action is basically non-stop. The interaction between Declan and Tanner is heartwarming and believable, and the puzzles they solve will appeal to mystery lovers everywhere. "

"A cliffhanger for fans of the series."

"Readers are dropped into a close-knit group of federal agents in Pettrey's heart-pounding third installment of her Chesapeake Valor series. . . . With non-stop action, Pettrey's entertaining novel sweeps the reader into a high-stakes plot that endangers the country as well as recurring series characters."