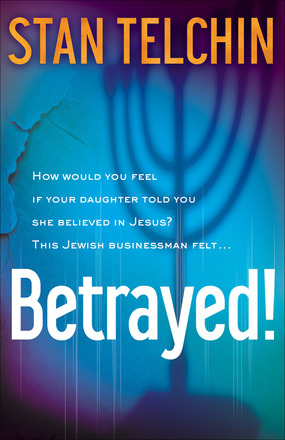 "How can you be Jewish and believe in Jesus?"

The Telchins were a happy, close-knit Jewish family until the day their daughter called from college with a shocking revelation: She had become a Christian. Judy's decision prompted her father to set out to disprove the Messiahship of Jesus in order to win her back. To do so, he had to study the Bible for the first time in his life.

In the face of increasingly convincing proofs that Jesus is who He claimed to be, Stan Telchin found himself confronting thousands of years' worth of misunderstanding, hurt and prejudice from both sides. The key question that surfaced was this: How can a Jewish person embrace Jesus and Christianity without turning his back on his own people?

More than thirty years after coming to know Jesus as Messiah, Stan Telchin reflects a passion to celebrate the heritage and culture of the Jewish people while seeking to unite Jews and Gentiles under the love of Messiah Jesus.