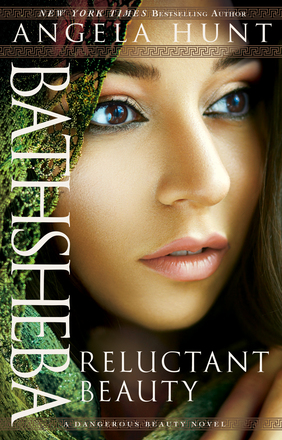 One of the Bible's most misunderstood and misjudged women, Bathsheba comes to life in this new biblical reimagining from Angela Hunt. Combining historical facts with detailed fiction, this is an eye-opening portrait that will have you reconsidering everything you thought you knew about her.

After receiving God's promise of a lifelong reign and an eternal dynasty, King David forces himself on Bathsheba, a loyal soldier's wife. When her resulting pregnancy forces the king to murder her husband and add her to his harem, Bathsheba struggles to protect her son while dealing with the effects of a dark prophecy and deadly curse on the king's household.

"Hunt astounds readers and ignites their imagination. This is the most realistic rendition of Bathsheba's inner circle of relationships."