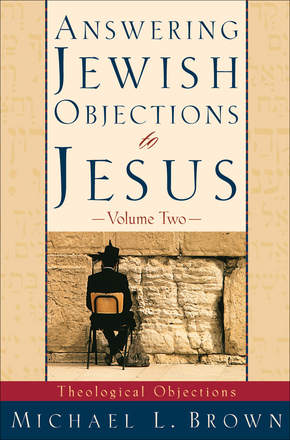 In this second of three volumes of Answering Jewish Objections to Jesus, Brown takes up twenty-eight of the most weighty objections raised against Jesus. These are real questions and real answers, formed by years of dialogue with rabbis and religious Jews. Some objections include:

Brown shows how New Testament teaching on the nature of God and the divinity of the Messiah is in harmony with the Hebrew Scriptures, how blood sacrifices joined with repentance were the heart and soul of the Torah's system of atonement, and how Yeshua fulfilled a lofty Jewish concept, bringing atonement to the world through his death.

As with Brown's earlier volume, this rich resource comes thoroughly referenced with notes and includes a glossary, subject index, and index of Scripture and other ancient writings. It is a necessity for anyone involved in Jewish-Christian dialogue or apologetics.

"As we look forward to the release next year of the last book in this trilogy, I highly recommend that we feast on this present volume, as well as give it to 'inquirers' and new Believers. There's plenty here for all of us to learn."--Rabbi Michael Wolf, The Messianic Times