All That Really Matters 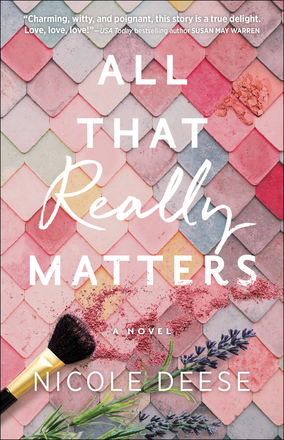 Molly McKenzie's bright personality and on-trend fashion and beauty advice have made her a major social media influencer with a huge following. When her manager-turned-boyfriend tells her of an upcoming audition to host a makeover show for America's underprivileged youth, all her dreams finally seem to be coming true. There's just one catch: she has little experience interacting with people in need.

To gain an edge on her competitors, she plans to volunteer for the summer at a transitional program for aged-out foster kids, but the program's director, Silas Whittaker, doesn't find her as charming as her followers do. Since she never fails at her goals, Molly's only option is to accept the terms Silas lays out and submit to his ridiculous rules.

Never one to do things halfway, Molly dives into mentoring, surprising herself with the genuine connections and concern she quickly develops for the girls--and Silas. But just as everything seems perfectly aligned for her professional future, the building pressure creates cracks in the foundations of the choices and relationships she's built her life on. As her once-narrow focus expands to include the deep needs of those she's come to know, she must face the ones she's neglected inside herself for so long.