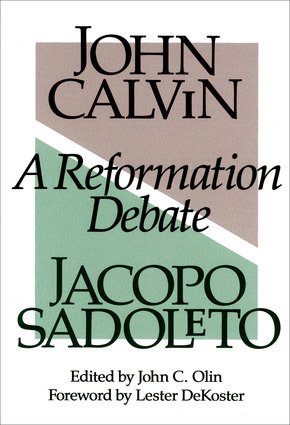 In 1539 Cardinal Jacopo Sadoleto, Bishop of Carpentras, France, sent a letter to the magistrates and citizens of Geneva asking them to return to the Catholic faith. A few months later, John Calvin replied to Sadoleto, defending the Protestant reforms.

The letters of Calvin and Sadoleto comprise one of the most interesting exchanges of Catholic-Protestant views of the Reformation era. Together, they form an excellent introduction to the great religious controversy of the sixteenth century and important background for todays Protestant-Catholic conversations.