A Field Guide to Christian Nonviolence

Key Thinkers, Activists, and Movements for the Gospel of Peace 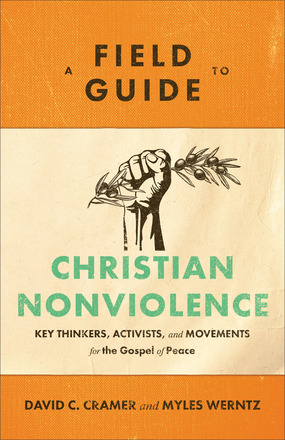 Christian nonviolence is not a settled position but a vibrant and living tradition that includes mystics, feminists, liberation theologians, civil rights activists, Niebuhrian realists, and more. This book offers a concise introduction to the variety of recent movements within the broad stream of Christian nonviolence.

Since the 1980s, there has been an explosion of writings on Christian nonviolence, yet no work exists to make sense of this plurality or to orient newcomers to the resources available to think faithfully and critically through what it means to be a proponent of Christian nonviolence. This book provides such an introduction for professors, students, scholars, and lay readers. The authors explore the myriad biblical, theological, and practical dimensions of Christian nonviolence as represented by a variety of twentieth- and twenty-first-century thinkers and movements, including previously underrepresented voices. They invite readers to explore the tradition and to discover how they might live out the gospel in our modern world.

"A Field Guide to Christian Nonviolence will become the indispensable textbook that with relative simplicity introduces the varieties of pacifism to modern--especially Protestant--Christian audiences. This book will be featured in all my peace and war classes at both the undergraduate and seminary levels for years to come. Highly recommended."

"How do white evangelical scholars offer guidance on needed Christian theological understandings of nonviolence that acknowledges the revelations about John Yoder's sexual violence against women? Cramer and Werntz do so with a critical perspective that insists on advancing divergent expressions of Christian commitments to actual practices. Whether you argue with their interpretations or relish the gift of their expansive vision, you will find an impressive Christian exploration of lived practices and traditions of nonviolence."

"A Field Guide to Christian Nonviolence is a much-needed, fresh critical introduction to the many streams of this dynamic, yet often narrowly conceived, tradition of thought and practice. Historically and theologically sensitive, this book lifts up diverse representatives that reveal the breadth and urgency of Christian nonviolence in a world where violence wears many faces. This accessible volume is highly recommended for the church, the academy, and all those who care about peace."

"With unusual nuance and insight, Cramer and Werntz identify eight forms of Christian nonviolence, bringing to life its ecclesial and spiritual depth. They also magnify the political and transformative voice of nonviolence, illustrating how its inspiration and effects reach far beyond the church. A new and important note for standard accounts of Christian pacifism resounds in the chapter on Christian antiviolence. This creative yet historically grounded volume is a valuable addition to the war and peace literature, easily accessible and captivating to students, yet with an originality that will take theological scholarship on nonviolence into new territory."

"Cramer and Werntz brilliantly move the conversation on Christian nonviolence beyond Yoder to show the full diversity of approaches, which often diverge from and challenge one another. Not a typology with winners and losers, this book is rather an invitation to further discernment and debate, and an aid to the practical wisdom needed to follow Christ in a violent world. This book is much needed and splendidly done."

"In a world torn apart by racism, sexism, militarism, and other types of violence, this book offers a beacon of hope and profound insight. It unveils the rich diversity of the Christian pacifist tradition in a style that is both elegant and engaging. Truly a must-read!"

"This is a wonderful survey of the many ways in which the gospel of peace has been interpreted and enacted nonviolently. I found the eight models helpful both for understanding varying approaches to nonviolence and as a tool for self-inquiry and spiritual discernment. I will be recommending the book to students and friends."