A Christian Theology of Science 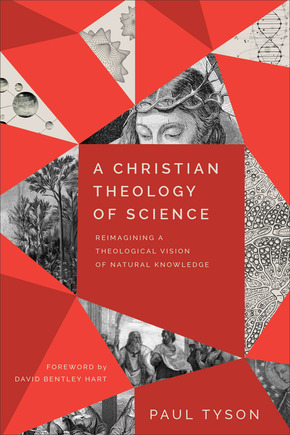 This book reframes the discussion between Christian theology and contemporary science, arguing that it is good both for religion and for science when Christians treat theology as their first truth discourse.

Paul Tyson argues that creedal Christianity has much to contribute to the ongoing conversation. He explains that the three usual approaches to science and religion--opposition, demarcation, and synthesis--assume that fixed and essential definitions of science and religion are possible. However, both science and religion as we actually practice them are historically situated ways of engaging with the natural world and transcendence that are in a continuous process of development and decay. We have come to separate natural knowledge (science) from faith and moral beliefs (religion), leading to serious difficulties in integrating knowledge and meaning, facts and values, and immanence and transcendence.

At the root of these dissonances is the difficult relationship between a naturalistic philosophy that purports to be a scientific realism and the things that make us human: transcendence, faith, meaning, and purpose. This is the result of science displacing Christian theology as Western modernity's first truth discourse. However, Christian theology contains deep resources in its approach to knowledge and reality that have not been brought to the science and religion conversation since the late nineteenth century.

This book contains an intellectual history of theology's engagement with science during the modern period, critiques current approaches, and makes a constructive proposal for how a Christian theological vision of natural knowledge can be better pursued.

"This is a bold book, destined to become a classic. Cutting through the clutter of worn-out science-and-religion debates, Paul Tyson reclaims theology as the first truth discourse that tells us what science is and how it should function. Rather than look through the lens of science to theology, A Christian Theology of Science turns the telescope around and asks us to consider the scientific implications of creedal Christianity. Tyson's book is both erudite and lucid. Rarely have the foundations of modern science been subjected to a more penetrating critique."

"'Religion and Science' is dead. Long live Christian theology of science! Paul Tyson shows exactly why, in a brief and exemplary manner."

"For decades, the disciplines of theology and science were in open conflict, banal agreement, or mutual isolation. In this new work, Paul Tyson reimagines their engagement with great clarity and erudition to provide a theological analysis of science as the knowledge of nature. This is an excellent and timely book which significantly enhances our understanding of the natural sciences and their relation to theology, history, and metaphysics."

"Tyson argues that the City of God must operate on its own terms rather than on those of the City of Man. This demands that it find the courage to recover Christian theology as a first truth discourse with an associated Christian theology of science. This work offers a highly lucid account of how to begin the recovery operation. It is likely to become a classic text bridging several disciplines."

"This book enters territory that has long been awaiting intelligent attention, not because it is a forgotten backwater but because it is a no-man's-land, caught between self-interest and fear. Tyson is a trusty guide, navigating a minefield with secure footing in metaphysics, showing how the assumptions behind nineteenth-century science and religion have cordoned off parts of our lives and corralled them into separate camps. He characterizes those camps and their various relationships and highlights flaws in the assumptions that led us into them. He suggests a way out, guided by light, Plato and Augustine, Aristotle and Aquinas, and Socrates. Tyson's overview is crystal clear. He wears his impressive learning lightly, and his footnotes and references are extensive. This book is highly original and deserves a wide readership."

"One of the basic tasks in the effort to help bring about a genuine paradigm shift in a culture's way of understanding some fundamental idea is to articulate the new approach in a succinct and compelling manner, accessible to any reasonable person with or without any special expertise. This is just what Paul Tyson accomplishes with this new book, which represents a significant moment in the growing concern to rethink and indeed reorder the relationship between 'science' and 'religion.' In this powerful little text, Tyson clears away the myths that continue to rule the popular imagination and replaces them with lucid, theologically and metaphysically nuanced insights that resonate with undeniable truth."

"Panoramic in its breadth and stunning in its depth, Tyson's genealogy exposes our often-hidden presumptions regarding our fraught discussions on faith and science. This book equips people of faith and people of science with the right infrastructure for each to come to a true and fruitful encounter with the other. This could very well become the standard text for courses on this crucial crosspoint."