A Bride at Last 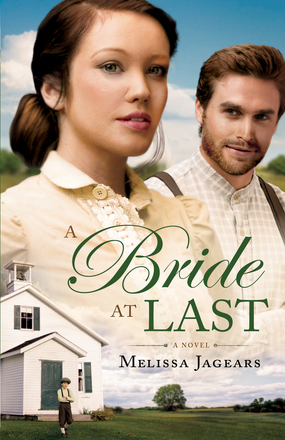 Abandoned by his mail-order bride, Silas Jonesey has fought an uphill battle to recover from a pattern of poor choices. Now his prayers for reconciliation have finally come true and his estranged wife has contacted him with her whereabouts.

Kate Dawson was supposed to be a mail-order bride, but upon realizing she'd been deceived about her intended groom, she's now settled into life as a schoolteacher. When the mother of a student passes away, Kate assumes she'll take on care of nine-year-old Anthony--until two men suddenly show up in town, claiming to be the boy's father.

Silas can see Anthony loves Kate, so he enlists her help in reaching out to the boy and attempting to prove his paternity to the court. When a common interest in Anthony leads to an interest in each other and Silas and Kate begin to think they can overcome their rocky start, neither is prepared for the secrets and past hurts that have yet to come to light. Can Silas, Kate, and Anthony's wounded souls bind them together or will all that stands between them leave them lonely forever?

An author who keeps you guessing about how the couple will get together until the very end, Melissa Jagears's writing contains her trademark wit and a fresh spin that turns everyday situations into extraordinary ones.

Naomi Rawlings, author of Falling for the Enemy

"A genuine story of love, loss, and redemption....Jagears expresses in beautiful, descriptive language both Kate and Silas' wounded hearts, their anguish and their faith. This story is both tender and heartfelt."

"The characters are all well-balanced and engaging: Silas' struggle with his failed marriage, struggling faith, and dark past makes him sympathetic; Kate's commitment to Anthony gives her depth and pathos."