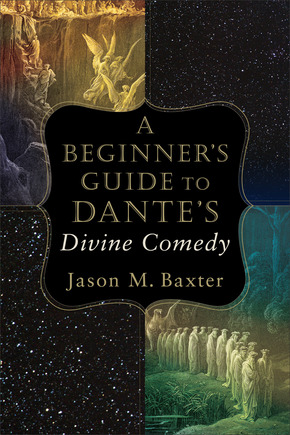 Dante's Divine Comedy is widely considered to be one of the most significant works of literature ever written. It is renowned not only for its ability to make truths known but also for its power to make them loved. It captures centuries of thought on sin, love, community, moral living, God's work in history, and God's ineffable beauty. Like a Gothic cathedral, the beauty of this great poem can be appreciated at first glance, but only with a guide can its complexity and layers of meaning be fully comprehended.

Introduction: Dante as Poet, Prophet, and Exile
Part 1: INFERNO
1. Zooming In and Zooming Out: How to Read Inferno (Inferno 1-2)
2. The Fear of Hell and the Fear of God (Inferno 3-9)
3. The Graveyard of the Heretics and the Wasteland of the Violent (Inferno 10-17)
4. White-Collar Criminals and Sins against Words (Inferno 18-26)
5. Icy Hearts and Frozen Souls: The Lowest Portion of Hell (Inferno 27-34)
Part 2: PURGATORIO
6. Waiting for God: An Introduction to Purgatorio
7. The People outside the Gate: Freedom, Responsibility, and Vulnerability (Purgatorio 1-9)
8. In Search of Deep Cleansing: The Middle Canti (Purgatorio 10-24)
9. Returning to Humanity's First Home: Epic and Lyric in the Garden of Eden (Purgatorio 25-28)
10. "As the Heavens Are Higher Than the Earth": Dante's Apocalyptic Vision (Purgatorio 29-33)
Part 3: PARADISO
11. "Great Fires Come from Tiny Sparks": An Introduction to Paradiso (Paradiso 1-2)
12. "In His Will Is Our Peace": Individuality and Polyphony in Paradiso (Paradiso 3-20)
13. Intellectual Fasting and the Test of Love: Saturn, Stars, and the Crystalline Sphere (Paradiso 21-29)
14. The Canti of Surprise: Garden, Book, and Rose (Paradiso 30-33)
Conclusion: The Wonder of the Comedy
Index

"Jason Baxter has written a wonderfully readable introduction to Dante's Divine Comedy. Learned yet lively, it will delight as well as richly instruct first-time readers of the poem. I highly recommend this book as a companion to Dante's text both in the classroom and for the general reader."

"Most modern readers of Dante are unable to follow the poet's journey except from a great distance, at too great a cultural, historical, and conceptual remove to understand and enjoy his imaginative landscape. Baxter's book provides the inestimable service of conducting the reader safely across that space of separation; it sets one upon the path, right at Dante's side."

"Dante's Divine Comedy is perhaps the greatest work of literature ever written. It is also one of the most difficult for modern readers to understand. This book is, therefore, a godsend. It takes us through the Comedy step-by-step, illuminating the text with clarity and wisdom. It will prove indispensable to those wishing for a trustworthy guide, like Virgil or Beatrice, to lead them through the Inferno, up Mount Purgatory, and into Paradise. Jason Baxter is just such a guide."

"No matter how scrupulously researched, many historical introductions to La Divina Commedia and the medieval Florentine world of Dante Alighieri obscure rather than enlighten. . . . Baxter's readable introduction is different: Although it does provide necessary historical context for the Comedy, its primary aim is to help Dante novices embark on a close reading of the poem itself. . . . For the general reader who hopes to set out in his barque to Paradiso, yet is unsure of the way, this is an excellent place from which to launch."

"Though the Divine Comedy has long been sitting on my shelf, I've never been quite ready to take the leap into its journey from hell to heaven. Dante just seemed too daunting. I was excited, then, to hear that my friend Jason Baxter had written A Beginner's Guide to Dante's Divine Comedy, a smart, accessible, canto-by-canto introduction to this masterpiece of poetry and theology."

"When people ask me what great classic of literature they should read first, without hesitation I answer: Dante's Divine Comedy (though it helps to read Virgil first). . . . Baxter offers a wonderful introduction to Dante and a section by section commentary, taking the reader through Dante's own journey through the afterlife, woven deeply with the poet's own experience of Tuscan culture. Just as Virgil and Beatrice guided Dante, so some extra support helps to catch the Divine Comedy's historical and spiritual references."